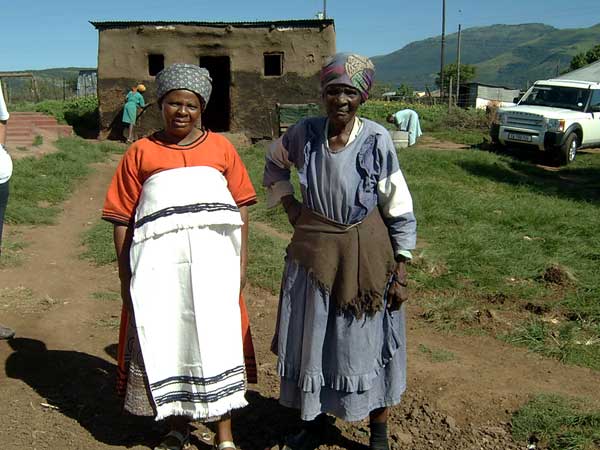 I am an independent microcredit practitioner, and go where I’m asked by an organisation on the ground to train a local person to run a programme. A few years ago I was asked by an English county council twinned with Eastern Cape to start up a programme as part of a big capacity-building project with a particular municipality, funded by the Commonwealth local government good practice scheme. The woman chosen to run it was exceptional, we had a wonderful external evaluation, and some 500 women joined the scheme. It went well for a time until the municipality director changed, and political jealousies entered into the equation. The worker was forbidden to go out into the villages, and so could not collect the money.
One of the main problems was the extreme distance between the villages we were working in; the municipality had promised to provide transport (there is no public transport to some areas), but even at the beginning was unreliable. Hitch hiking was OK but not for great distances as it was impossible to promise to be there on time. We could not be unreliable when asking for discipline from our clients.

The programme has ceased. We have taken it away from the municipality and it is now under the umbrella of an NGO. The worker is passionate about the programme, and is still in touch with many of the women, but fundraising to start again is tough, because we are viewed as having failed. I never wanted to work with local government!