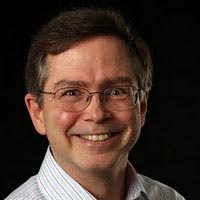 Confronting failure is tough. There’s a tendency to bury failure and hide it. In the for-profit sector, failure tends to be pretty obvious. You know how well an investment firm is doing because they have to publish their numbers. A tech company that bombs is quickly recognized as such. The social sector is well known for being risk averse, and this creates incentives to only discuss successes (or to portray borderline or failing efforts as successful).

I believe that we need to embrace failure. Better to have failed boldly on occasion to have never dared at all. The world’s problems are too big and important to be addressed solely with timid measures.

Earlier this year, I and the leadership of our humanitarian Landmine Detector Program made the decision to put the project on ice. Ted Driscoll, a noted serial entrepreneur now turned venture capitalist, had been working to create an affordable humanitarian landmine detector from military-funded explosives detection technology. We did some great market research about real-world challenges facing deminers, and published an extensive report on what we found.

However, we went almost two years believing that we would have access to this technology imminently. Finally, we had to confront the fact that it wasn’t going to happen anytime soon. In the six months since we put this on the back burner, we still haven’t received access to the technology.

With the support of our largest funder of the project, the Lemelson Foundation, we decided to document the lessons we learned from this experience, in an essay. I was very pleased about Lemelson’s willingness to both knowingly bet on our riskiest project and be open to distributing our post mortem.

It would be tempting to come up with a single reason that this didn’t work out. But it isn’t that simple. Read the essay if you want to know more.