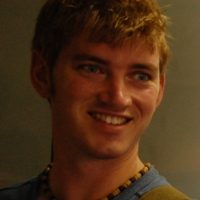 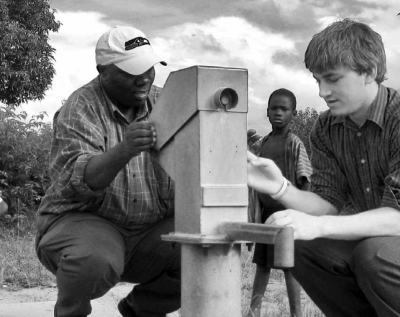 Six months into my placement I started working part-time with Machinga district, following up on work that several of my colleagues had started there. They had been assisting the district with conducting a survey of rural water infrastructure. The purpose of the survey was to help identify areas of high and low service, in order to improve planning for new infrastructure, and identify non-functional infrastructure so it could be repaired.

We were proposing a new approach to updating rural water supply data, using an existing network of health department extension workers embedded in rural areas. We were very optimistic that the survey updates could be managed sustainably by the district without on-going external support. Following the initial survey, I was responsible for helping the district conduct quarterly updates.

The district had been given substantial funding from one of our NGO partners to do an initial survey and was not excited about the idea of doing an update with their own limited operational budget. When we began discussing an information update, they immediately requested that I negotiate additional funding from our NGO partner.

At this point, I should have stepped back and assessed what really would have been necessary for sustainability. The funding from the NGO partner would not be available forever and eventually funding would have to be provided from the district budget. I should have had this discussion with the district, and determined what, if anything, would motivate them to take ownership over the data collection process, and fund it themselves.

Instead I defined success as a “successful update of the survey”, and prioritized the one-off activity over the long-term outcome of sustainability. In order to sustain the district’s involvement with the system, I negotiated for our NGO partner to release a small amount of funding for them, less than $200, which they eventually did – leading directly to a successful update of the survey.

Upon reflection, I can think of two major failures from this story:

Since the experience in Machinga, I’ve been taking an almost opposite approach. These days, when we work with districts, we bring no external funding, even for the initial surveys. If districts want to work with us to help improve their planning and information management, they are responsible for first funding a full round of data collection without any assistance from us or our NGO partner. This serves as almost a priori proof that the work we’re doing together is: (a) actually relevant to the district (or else why would they fund it?), (b) actually financially sustainable. This has led to district governments being much more invested in the work we’re doing together, and is sowing the seeds for sustainability much better than our old approach.